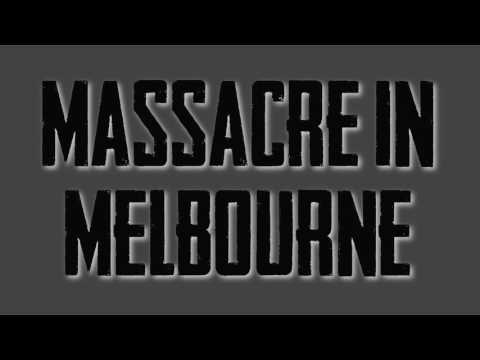 Set in the 1950’s, the story will take you on a journey through time, featuring locations with dark histories from the 1800’s all the way to 2004. The story at each location is inspired by events that transpired there, although some facts have been edited to better fit the narrative.

Locations include the County Court of Victoria, the Old Melbourne Gaol, the Century Building and the Carlton Gardens. The entire tour can be completable in less than 3 hours, although if you stop to scope out and investigate more of a location it may take longer.

Although created as a university project, Massacre in Melbourne works as a functional (if fictional) tour, and can be taken by visiting www.massacreinmelbourne.com.

This project was created before the tragic events at Burke Street. To learn more, find assistance or donate, visit the Victorian Government Website.

Some Points of Note:

Although this is a completed site, please remember that “Massacre in Melbourne” is a concept project, and that some features may not perform as expected.